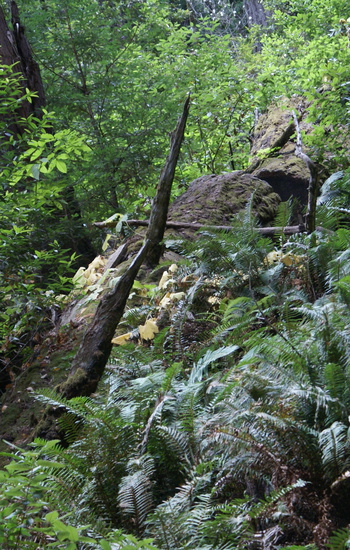 In this presentation, with demos, we go beyond the common printer issues and focus on harvesting data from multifunction printer (MFP) that can be leveraged to gain access to other core network systems.

By taking advantage of poor printer security and vulnerabilities during penetration testing we are able to harvest a wealth of information from MFP devices including usernames, email addresses, and authentication information including SMB, Email, LDAP passwords. Leveraging this information we have successful gained administrative access into core systems including email servers, file servers and Active directory domains on multiple occasions.

We will also explore MFP device vulnerabilities including authentication bypass, information leakage flaws and attacking firmware upgrade patching process to gain root level access to certain MFP devices. Tying this altogether we will discuss the development of an automated process for harvesting the information from MFP devices with an updated release of our tool PRAEDA. After this session you will be better off to secure your system and nettwork.

The presentation will be held by Deral Heiland, CISSP. Deral serves as a Senior Security Engineer where he is responsible for security assessments, and consulting for corporations and government agencies. In addition, Deral is the founder of Ohio Information Security Forum a not for profit organization that focuses on information security training and education. Deral is also a member of the foofus.net security team, and has presented at numerous international conferences. Deral has over 18 years of experience in the Information Technology field.

With auto-configuration protocols now being added to operating systems and implemented by default in your network devices, hosts are now actively advertising their available attack surfaces to anyone listening on the network.

By collecting background traffic on the network, and analyzing it, we can perform a host discovery, a port scan, and a host profile which even includes configuration information; all without sending any packets. This means that threats both inside and outside your network can assess and target your network hosts silently without leaving a trail.

In this session, we?ll review the work that I originally presented at DefCon 19, expand on it by adding additional protocols, examine typical network traffic to see what is made available to us, use my updated tools to utilize this information in an actual attack against a vulnerable network host, and finally finish our time discussing what you can as a network defender do about it. Don't miss it!

The presentation will be held by Gregory Pickett, CISSP, GCIA, GPEN, also known as rogu3ag3nt. Gregory is an Intrusion Analyst for Fortune 100 companies by day and a penetration tester by night. As a penetration tester, his primary areas of focus and occasional research are network and host penetration testing with an interest in using background network traffic to target and exploit network hosts using their own traffic against them. He holds a B.S. in Psychology which is completely unrelated but interesting to know. While it does nothing to contribute to how he makes a living, it does demonstrate how screwed up he actually is.

Malware is increasingly becoming aggressive with the advent of new exploitation techniques. Third Generation Botnets (TGBs) such as SpyEye and Zeus exhibit rapid advancements in the malware design and implementation techniques used to spread infections. In addition to this, bot wars in which one bot kills other to gain authority are happening at a rapid pace.

Things have changed in the malware world. This talk sheds light on the robust exploitation techniques used by the malware such as PDEF+, Ruskill, and Formgrabbing etc with extensive details. TGBs use well defined Bot Development Kit (BDK) for writing malicious plugins. In relation to this, data exfiltration strategies will be discussed in detail in which design and execution of plugin architecture will be presented. Primarily, the nature of malware is better revealed by visualization. This talk has a good set of live demonstrations for showing exploitation tactics of the present day malware. After this session you will be better off to secure your system and nettwork.

Presentation is held by Aditya K Sood. Aditya is a senior security researcher and PhD candidate at Michigan State University. He has already worked in the security domain for years, and also a founder of SecNiche Security Labs. He has been an active speaker at industry conferences and has written content for HITB Ezine, Hakin9, ISSA, ISACA, CrossTalk, Usenix Login, and Elsevier Journals such as NESE and CFS. He is also a co author for debugged magazine.

In session we will;

After this session you will be better off to secure your mobile systems.

Presentation will be held by Joseph McCray. Joe has 10 years of experience in the security industry with a diverse background that includes network and web application penetration testing, forensics, training, and regulatory compliance. Joe is a frequent presenter at security conferences, and has taught the CISSP, CEH, CHFI, and Web Application Security at Johns Hopkins University (JHU), University of Maryland Baltimore College (UMBC), and several other technical training centers across the country (US).

Most organizations are acclimated to the standard penetration tests we see in the industry. For those companies that have proactively been increasing their overall security posture through years of program maturity and hard work need something different. This talk will cover tailoring a penetration test based on the security level of the target and ripping through their security environment with some crazy sophistication.

We'll be going into depth on the future of penetration testing through the Penetration Testing Execution Standard (PTES) and what it takes in order to elevate your security posture in today's crazy world. This is a technical talk, not for the faint of heart, and some direction on where we need to head in the security industry. After this session you will be better off to test your system and nettwork.

Presentation will be held by Dave Kennedy (ReL1K). Dave is responsible for ensuring the overall physical and logical security of a Fortune 1000; publicly traded company. Dave also runs the security consulting practice at Diebold which is focused on enhancing and building security for large and mid-sized organizations. Dave is the creator of the Social-Engineer Toolkit (SET), an open-source penetration testing tool for social-engineering.

Dave is the co-founder of DerbyCon, a large-scale security conference located in Louisville Kentucky. Dave is the co-author of Metasploit: The Penetration Testers Guide book which has been number one in security on Amazon for over 6 months. Prior to Diebold, Dave worked for the United States Marine Corps (USMC) and the intelligence field working on information warfare activities.

Are your safe when you travel? Building on the concept of taking security out of the desktop and server closets from 2010 when we attacked cars and busses... and then earlier this year when we picked on tractors... we are going to see if we can get ourselves into some hot water by picking on airplanes and missiles. This talk will examine the role of the computer systems in the modern cars, busses, and plane and the challenges surrounding the implementation of the security in the core systems.

We are going to focus on the commercial world of passenger transportation, however will touch upon the military crossovers where fully understood. We will discuss the data acquisition and modeling architectures as well as the BUS and core logic systems that are implemented within several systems.

This session have even more surprises, but we will not disclose it this time - you have to be at HackCon to learn about how to protect yourself and your business. All we can say - you should not miss this session - you need it for your safe travel.

1) Kurs I - Exploit Lab
The Exploit Laboratory is an intense hands-on class, where we shall be covering a wide variety of concepts on analyzing vulnerabilities and developing your own exploits.